Can you still hear me fangirling? Good.

Y'all will not understand how completely amazed am I at having the opportunity to interview Andy Weir, y'all know that I ALWAYS love and appreciate working with authors, I simply LOVE it!

But seriously, I got to read the book a bit back and LOVED it! (Review barely scheduled to this past thursday) If you haven't picked it up, you should. While the movie was amazing, the book is even better, Watney is just hilarious, and you get to see a bit more of the character, as always, there are just more details in the books that should really be appreciated.

So, now onto the person who made this world possible. 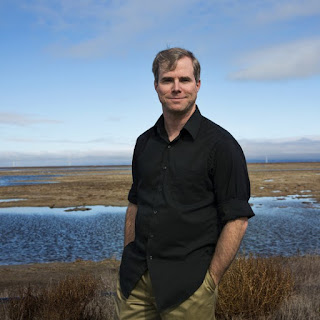 ANDY WEIR was first hired as a programmer for a national laboratory at age fifteen and has been working as a software engineer ever since. He is also a lifelong space nerd and a devoted hobbyist of subjects like relativistic physics, orbital mechanics, and the history of manned spaceflight. The Martian is his first novel.


About your experience
What were your goals for the Martian when you were writing it, and how did it feel when you were approached by a Random House (Crown) representative?
I just wanted to make a realistic sci-fi adventure. No deeper meaning. No moral. No point. Just fun. It felt great when I got my print deal! All my dreams coming true!

On “Founders Fund” you mentioned you had written a book before the Martian, could you give us some details on that earlier work? Do you hope to publish the book one day?
Two earlier books, actually. The first was a (terribly written) dystopian future thing. The second, much better written but still not up to par, was about a heist in a distant, interplanetary future with aliens and whatnot. The Martian was my third novel.

With all the success, together with the great reviews, you must have gone through a few personal milestones. At which point do you think you have felt most proud of your work and of yourself so far?
I think when I first got my print copy of the book. It was a real thrill for me. Something I’d dreamed of since I was a teen. I was finally a published author.

The Martian takes place in the future, so let’s go the other way. If you could travel back in time to any date or year, which would that be and why?
That’s a loaded question, because the first thing I have to consider is how many lives I could save by going to the right time and doing the right thing. (Kill Hitler, or find a way to stop the Taiping Rebellion from happening, or just bring antibiotics to the 1300s and stop the Black Plague). But if I can’t change the past, which removes all that responsibility, I guess I’d go back to 1919 or so. That’s the beginning of a prosperous era without too much suffering and a slow-paced lifestyle that might be fun. However, I don’t think I’d like it too much. Lots of racism/sexism/etc. I’d rather not go back in time at all.

What are your top 3 things in your bucket list? Have these changes over the past few years?
-          Visit London
-          Visit Japan
-          Write a TV show
All three of these are more likely than ever before, thanks to the success of The Martian. The first two are more an internal problem: I’m terribly afraid of flying. But I’m getting better at it.

What is one of the things you enjoy doing the most in your free time?
I like boardgaming and mixing cocktails.

What can you tell us, and even aspiring writers, about your experience going through the writing and publishing process, and the trials and victories in your life as a novelist so far? (Basically, what is it like to be a writer?)
It’s a pain in the ass. The hard part is actually writing. It’s easy to come up with ideas but hard to write them down. It’s a lot of hard work. But once you do it, the reqards are fantastic. The knowledge that someone out there is reading your story, immersed in a world you created, is wonderful.

Anything you would like to tell your fans and readers that I have not addressed? (i.e. Can be about anything really)
Nothing comes to mind.

While Mark Watney can be declared a static character, but he is still an extra-ordinary character, is he inspired on anyone around you?
Mark is based on my own personality. Though he’s smarter and braver than I am and he doesn’t have my flaws. I guess he’s what I wish I were like.

Besides a love for space, what else do you and Watney have in common? (If anything)
Smart-ass personality. Relentless problem-solving.

How were you able to come up with all of the different challenges that Watney had to face? (Like a killer drill or rolling rover)
Mostly they came naturally from the situation. The whole book is basically one long cascade-failure. Each problem leads to the next.

Where are Watney (and maybe the rest of the Hermes Crew) 10 years after the end of the book? (i.e. new jobs? Still at NASA?)
I never define that stuff. Once the book is over, it’s over. Anything that happens beyond that is up to the imagination of the reader.

While doing research for The Martian, was there anything that surprised you?
Yeah, I learned a lot about orbital mechanics and just how incredibly complicated it is.

Was there any scene in the book that you enjoyed writing more than any of the others?
I loved the scene where the (ill-fated) Iris launch is doing their launch status check. It built up tension really well. I’m proud of how it turned out.


No other crop has the calorie-per-unit-area yield of potatoes. So with Mark’s limited space, they were the only option. 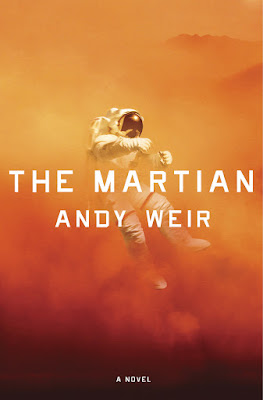 Goodreads Description:
Six days ago, astronaut Mark Watney became one of the first people to walk on Mars. Now, he's sure he'll be the first person to die there. After a dust storm nearly kills him & forces his crew to evacuate while thinking him dead, Mark finds himself stranded & completely alone with no way to even signal Earth that he’s alive—& even if he could get word out, his supplies would be gone long before a rescue could arrive. Chances are, though, he won't have time to starve to death. The damaged machinery, unforgiving environment or plain-old "human error" are much more likely to kill him first. But Mark isn't ready to give up yet. Drawing on his ingenuity, his engineering skills—& a relentless, dogged refusal to quit—he steadfastly confronts one seemingly insurmountable obstacle after the next. Will his resourcefulness be enough to overcome the impossible odds against him?