Game of Pages: The Hunger Games

The Hunger Games by Suzanne Collins

Review by Valeria
Discussion by Valeria and Angela 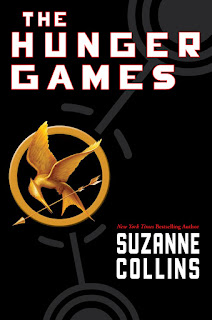 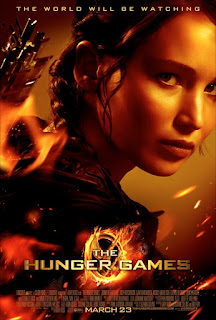 Review:
Where does one even begin with this series.
The freaking social commentary that this book gives us is just bloody mind blowing once you actually stop to think about it.
Suzanna Collins has built an amazing world in which the unthinkable (or is it really) happens. Were we were forced to watch children kill each other for sports. Each year children are put into an area and only one child survives. The paints a picture of how the elite of the world are the only ones truly blind to what goes on and rather enjoys whatever goes on around them. Katniss however, in a true display of selfless love, kind of paints a new picture for the whole world of Panem, that there is people out there strong enough to fight for the most important things in her world. That if one girl can do it. Why cant the rest of them do it too.
And so the revolution begins.

First time you came across the hunger games?

A:I went to the cinema to watch the movie, because friends told me to.. and I f**** loved the movie!!!
And then I got the books from my parents, so they are pretty much the reason why I'm a hunger games addict now 😂
Thanks mum & dad!

V: I actually have 2 stories for this one
the "first time I came across the series was when my then best friend told me he really wanted to watch the movie when it was first going to come out. I saw the trailer and was like okay, this seems pretty freaking cool! I need to freaking read the books and watch it! And so I did and here I was, hella into it.
The TRUE first time I came across the series was when mockingjay (the book) had barely come out and my then boyfriend was reading it.
I remembered this so well around the time catching fire came out and I was rereading mockingjay for the like 11th time.
I remembered how my boyfriend had been reading the scene with the sewers and was telling me all about the world of The Hunger Games and how cool the series was. That I really needed to get the books. Like he told me about the reaping, why people might volunteer for extra entries, how they were treated and the hunger the suffered and how he had just read a scene were a character brutally died in the sewers.
When I remembered this first introduction to the series it was like HOLY SHIT

So I guess I owe a thanks to him xD
Soooo, thanks A!

A:Johanna. For sure! I love her and how she thinks. I can relate to that pretty much :) she doesn't care what other people think about her, as long as she is happy with herself :D
Also she has herself and her emotions pretty much under control... that's awesome.

V: Uhm... Effie. Because it takes a lot to make her unhappy, she has a positive outlook on things even when she shouldn't. Shes very much like a child.

What do you think the most important lesson in the hunger games is?

A: We people do anything for amusement... it's just sick... and maybe if we keep doing this, we end up being the same sick as the people who invented the hunger games.... And it once again showed me, that we who have a good life are so blessed... and it's so unfair to the people who have almost nothing....
V: I feel like it speaks a lot about how today we are so invested in media, whether it be the Internet or television. The huge influence that it has on us and in part, the government influence in media itself.
It makes us question just how far people go for entertainment and if you pay close attention to what people actually post online, and what goes viral, the answer is pretty far.

V: Same, I have read the books multiple times but the first time I think it took me about 4-5 days, back when I was hardly reading at all xD

Favorite quote from the hunger games?
A:There are so many good ones... but I have to go with the one from finnick:
"It takes ten times as long to put yourself back together as it does to fall apart."
I can totally relate to his and that's why I love this quote!

V: I totally agree, it is totally the same for me.

Favorite scene in the hunger games?
A:Ugh that's a though one... but I would say... ugh this killing me... when katniss says: if we burn, you burn with us... these gave me goosebumps...

V: Uhm, I'm going to stick to the first installment and for the movie its going to be when the districts start to rebel after Katniss does the funeral. From the book I think its going to be when Katniss is recalling past victories, only because it shows up just how brutal the games are, before we actually go into the games.

Book or movie?
A:Book for sure, always..! But yeah the movies are awesome too in my opinion, even though so many details were left out.
And I mean look at the cast!!!!!!! 😍

V: Its honestly super freaking difficult to choose for this one. I mean , the books are of course fucking amazing, we get the most out of them. But after Francis Lawrence took over the franchise, I mean, he is KING.

One character you identify with the most?
A:I kinda relate to katniss and johanna... because they both have some characteristics that I find in myself... katniss thinking about every step and trying to everything under control.... to not let emotions get in her way... same kinda goes for johanna (look question 2).

V: Johanna. I mean, I am obviously not a bad ass but when she starts to point out that they cant hurt her anymore because they already hurt the people she loved, that got to me. Like it isn't hurting YOU that gets to her, its hurting those around her that did. And I feel that. I get it. Like Snow pointed it, its the people you love most, that destroy us.

A:Peeniss for sure. Peeta always looks out for his loves ones and sacrifices everything... gale became a robot with the war... his bombs maybe killing primrose gave me the rest...
V: HA! When I first started the series I was totally team Galeniss

Shut up, I know. It wasn't until the second time I reread the series that I analyzed and realized how much I actually disliked Gale as a person and how Peeta was the ultimate goals in the end.

Whats your district? Would you volunteer?
A:I can't tell.... I always thought of this so many times... each district has their parts why I see myself there and some parts why I don't... so I would be in all? 😂
It depends.... volunteer just for fun, no way! But if my little brother would get picked, I wouldn't hesitate!

V: District 1 because I love gems and where I live in the U.S is actually underwater xD BUT the closest district is actually District 1 sooo I'm not that far off.
I am an only child, so helllll no, I wouldn't volunteer for anyone. Sorry not sorry. I wanna live.

Would you survive? What would you say a skill would be?

A:Me surviving would depend on my opponents... my ego would say " yes of course " but I think in the most cases I would die...
My skill? I don't have any useful skills for the arena 😂  nah kidding, I think I can't tell because I never tried anything that I could use in the arena so I don't know

V: This is why I wouldn't volunteer for anyone, I have NO skills and I would die! I have a shitty memory so screw remembering what will or will not kill me. I have bad throwing skills so knives are out of the question. I am a very cold person so I would in fact die of hypothermia easily. I honestly don't see myself surviving. The only think I could remotely be good at is if I wasn't seen at all (I'm tall as fuck, so that's impossible) and I am able to take a crack at a persons head, I have a stomach of steel... Well, not really, what I mean is if I see blood or a cut, I wont be passing out or freaking out, I can stay relatively calm. Shock typically happens HOURS after a fact.