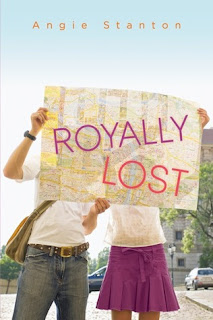 Goodreads Description:
Dragged on a family trip to Europe’s ancient cities, Becca wants nothing more than to go home. Trapped with her emotionally distant father, over-eager stepmother, and a brother who only wants to hook up with European hotties, Becca is miserable. That is until she meets Nikolai, a guy as mysterious as he is handsome. And she unknowingly finds herself with a runaway prince.
Nikolai has everything a guy could ask for-he's crown prince, heir to the throne, and girls adore him. But the one thing he doesn't have...is freedom. Staging a coup, he flees his kingdom and goes undercover on his own European tour.
When Nikolai and Becca meet, it’s their differences that draw them together. Sparks fly as they share a whirlwind of adventures, all the while dodging his royal guard. But Becca's family vacation ends in a matter of days. Will Nikolai and Becca be forced to say goodbye forever, will his destiny catch up to him, or will they change history forever?

Review:
I WANT MORE!!
Okay so this book was super sweet and I really liked it. I am a fan of the whole secretly royalty and stuff
I think everyone is. Its like we all dream of finding our on princess/prince and getting married and getting out happily ever after.
WHICH IS WHY I WANT BOOK 2!!
I want to know what happens next with these characters xD
I like how it was a very easy read, it was a short book too. I got really into it, specially towards the end when they are starting to be found by the paparazzis and the royal guard.
I also do wish that this book was a movie xD
Id pay for that.