Review: The Girl on the Train by Paula Hawkins 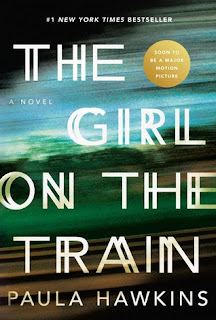 
The debut psychological thriller that will forever change the way you look at other people's lives.


EVERY DAY THE SAME
Rachel takes the same commuter train every morning and night. Every day she rattles down the track, flashes past a stretch of cozy suburban homes, and stops at the signal that allows her to daily watch the same couple breakfasting on their deck. She’s even started to feel like she knows them. Jess and Jason, she calls them. Their life—as she sees it—is perfect. Not unlike the life she recently lost.

UNTIL TODAY
And then she sees something shocking. It’s only a minute until the train moves on, but it’s enough. Now everything’s changed. Unable to keep it to herself, Rachel goes to the police. But is she really as unreliable as they say? Soon she is deeply entangled not only in the investigation but in the lives of everyone involved. Has she done more harm than good?

Review:
This is one of the few thrillers I've read in my life and it is definitely a good one.
I had been wanting to read this book for a while back, specially since I found out it was going to be turned into a movie. It's kind of a book lover thing I believe, to want to read the book before watching a movie, or even after, but to have to do both.
I was even more excited for it when a friend of mine read it and told me hey, you're going to like this one. So of course, I got down to it.
I wanted to start off saying it's an easy read but realized that that wasn't going to cover it for this book. It actually wasn't an easy read.
It wasn't hard but it kept you thinking. Thinking about the main characters, the why they do things, what they'll possibly do next and of course, who is the guilty party.
What I would mean by easy is that you get into it from the first set of pages. For me, I personally don't read a lot of adult type books, and not a lot of thrillers either, so I was a bit nervous when getting into it but. Once I started, the only thing that stopped me was my growing set of book responsibilities.
Hawkins does a phenomenal job of pulling one into the story.
One thing about the main character, Rachel, Hawkins makes you feel as bad for her and about her as the rest of the people in her world probably do, that Rachel is simply a mess that really needs to pull herself together.
It is totally part of the experience.
There are bits here and there of all the characters that lead you to believe that they are the guilty party but I would have to keep reminding myself, the more obvious the character who might have committed the murder is, the less of a chance it is that it was them.
I forced myself to think, this is deeper than that, think psychological, who here is messed up enough to have done it.
You get deeper into the book and you find out everyone has a secret, everyone has something that makes them not what they appear to be.
If  you don't think deep or close enough, one would miss who the guilty person is until the very end.
And even when you THINK you know.
You might just get it wrong.

Recommend it?
Yes, if you like thrillers, this is 100% up your alley or if you want to start with them, this is also a good one.
Brough to you by Vale at 12:00 AM