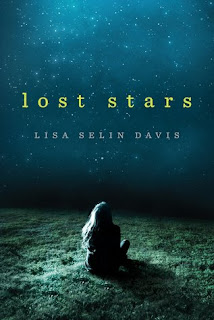 Goodreads Description:
Before her older sister, Ginny, died, Carrie was a science nerd, obsessively tracking her beloved Vira comet. But now that Ginny is gone, sixteen-year-old Carrie finds herself within the orbit of Ginny’s friends, a close-knit group of seniors who skip school, obsess over bands (not science), and party hard.

Fed up with Carrie’s behavior, her father enrolls her in a summer work camp at a local state park. Carrie actually likes the days spent in nature. And when she meets Dean, a guy who likes the real Carrie—astrophysics obsessions and all—she starts to get to the heart of who she is and who she wants to be.

Review:
Okay so Carrie was annoying me to no end.
And that in it self annoyed me with me >.>
I was so excited when I got this book because the description just sounds like one of those books that will deal with the heartbreak of loosing an amazing loved one that thought the main character so many great things.
But Ginny was awful! I was going to say that she turned Carrie into this horrible person.. BUT IT WAS CARRIE HERSELF THAT DID THAT! And Carrie just kept mistreating her dad for no real and honest reason.
As you have probably guessed by now my 3 out of 5 is not because the writing was bad but because the main character was a horrible person.
Which I guess SHOULD mean the book it better than a 3 because the author made the character feel very real.... BUT I JUST CANT GET OVER IT!
Carrie, in the end did kind of start to realize how things truly were and started to change her bad habits which should have made for a satisfying ending and again, a higher rate considering the fact of my previous mentioned realization that my hate for the character means that the author is good, BUT I also feel like the book didnt really have much of a climax to it, no like UBER intense moment where things could go super wrong or super right which is a VERY important moment for me in books, what either makes or breaks a book you know?
But I just didnt see that moment on this book, it wasnt clear for me which is why I have given this book what I have given it
Recommend it?
mmmmm Sure why not, I feel like it depends on the person but it is worth a shot
Brough to you by Vale at 12:00 AM