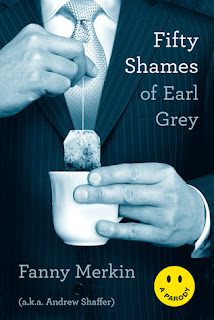 Review:
I had high hopes for it and I was actually dissapointed by it. Sure it had its funny parts and things that I honestly thought about when I read the Fifty Shades series. (Like how Anna went through college without a computer. I use a computer for ALL my work, often times my work can ONLY be done on a computer >.>) But the humor in it was a little crude at points and it wasnt what I could consider particularly funny. I dont know if it was just me but sometimes I just found it offensive at parts. I liked it for some points that it made, it had very plain mockings towards E.L James and I found it funny but other times I just wanted to put the book down and never pick it up again XD It was such a short book I couldnt bring myself to just ditch it. It was a bit hard to finish XD